You are here: Home / Climate Change / Big Solar Is Booming 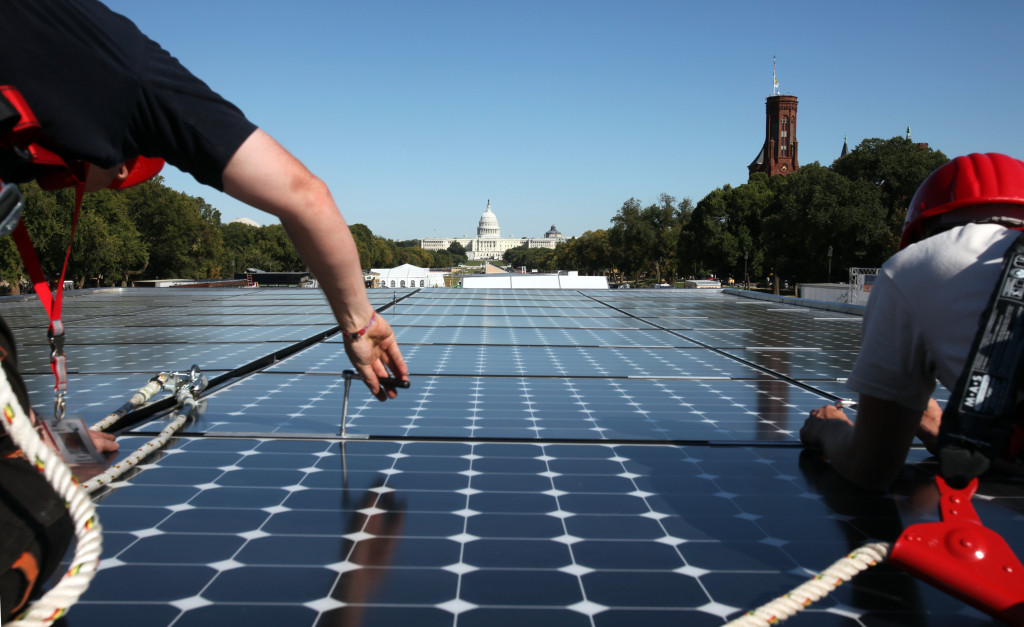 When we think about solar power, we mostly think about rooftops covered with solar panels.  And indeed, there are more than 800,000 solar rooftops in the U.S. and the numbers are growing.

But an equally important area of explosive growth is utility-scale solar:  solar plants that are larger than 5 MW, or about 1,000 times bigger than a typical residential solar installation.

In 2007, there were zero utility-scale solar plants in the U.S.   Today, there are hundreds.  They range from the Solar Star project in Rosamond, California, which at 579 MW is the world’s largest solar farm, to dozens and dozens of 10, 20, and 50 MW projects all over the country.

And the growth in utility solar is accelerating.   There is almost 10 GW of utility solar scheduled for installation in 2016, which would be more than in the previous three years combined.  And this is more new capacity than for any other single energy source, including natural gas.

Why is this boom happening?   The biggest reason is that the price of big solar has been dropping precipitously, falling more than 50% since 2009.  The Department of Energy launched an initiative in 2011 to drive the price of installed solar down to $1/W, which they claim will make it cost competitive with all other electricity sources without any incentives.  It looks like that goal will be met by 2017.

Other reasons include the fact that the price of solar electricity is predictable going forward, unlike that of oil and gas, whose prices fluctuate from economic and political forces.  Solar power is intermittent, but the sun does rise every day and we are learning ways to manage the intrinsic behavior of solar generation.

Big solar is heading for boom times in the US

Photo, posted October 5, 2009, courtesy of the Department of Energy via Flickr.

‘Big Solar Is Booming’ from Earth Wise is a production of WAMC Northeast Public Radio.