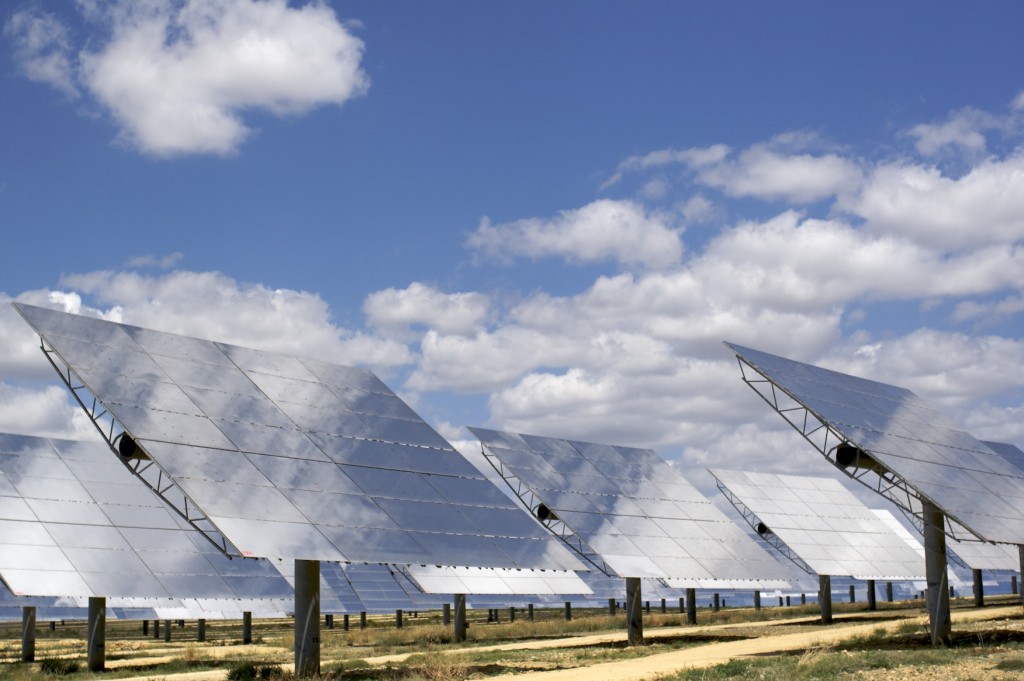 Morocco has switched on what is going to be the world’s largest concentrating solar power plant.   The plant is located near the city of Ouarzazate, an area previously famous as a filming location for blockbusters like Lawrence of Arabia and Gladiator.  When fully online in 2018, the plant will produce enough energy to power over a million homes.  It will also cut carbon emissions by 760,000 tons a year.

King Mohammed VI of Morocco pressed the button that activated the first phase of the three-part project on February 4.

The solar plant, known as the Noor Complex, uses concentrating solar power (or CSP), rather than photovoltaic panels.  Sunlight is concentrated onto parabolic trough mirrors which heat up a thermal fluid to produce steam that is used to run turbines that generate electricity.   The system also includes molten salt tanks to store heat that can be used to continue to operate the plant after the sun has set.

The first phase of the Noor Complex can generate 160 MW of electrical power; the next two phases will bring the total up to 500 MW.  The latter phases will be able to store heat energy for up to 8 hours, greatly increasing the reliability and duration of the energy the plant produces.

Such concentrating solar power plants are only practical in areas with abundant amounts of sunshine.  Morocco sits in the Sahara Desert, a huge expanse of sunny terrain nearly the size of the United States.  If even a tiny percentage of it was covered with solar generation systems – either photovoltaics or CSP – it could generate enough power for much of North Africa.