You are here: Home / Economy and Policy / Businesses Going Solar 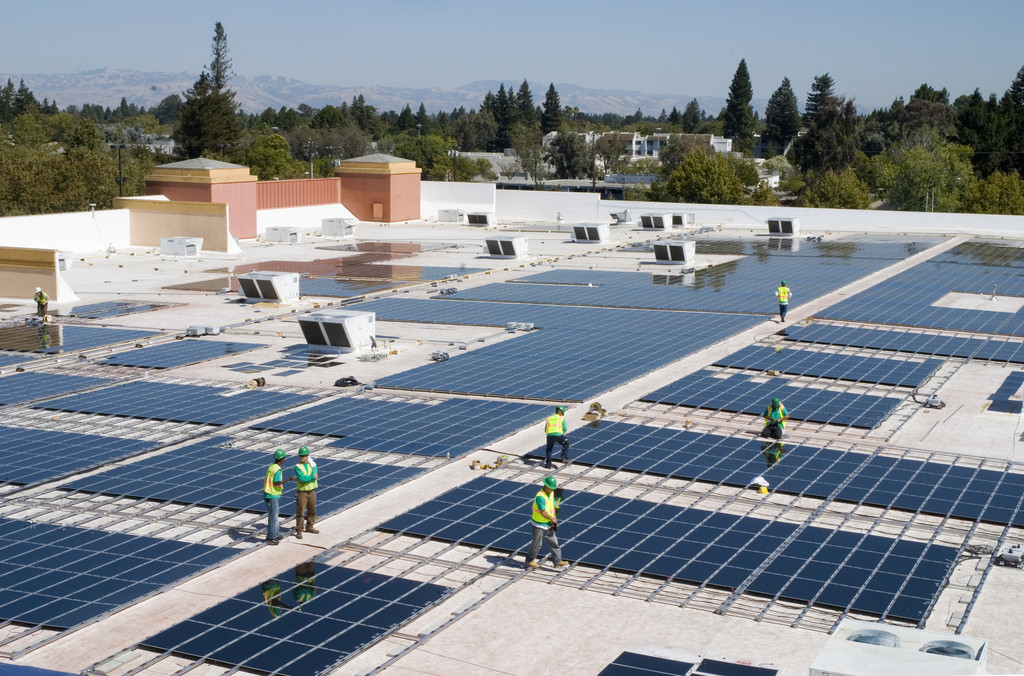 The fourth annual Solar Means Business Report is out.  It identifies major commercial solar projects and ranks America’s top solar users. Just since the first report came out, the amount of solar power installed by America’s top companies has tripled.

The leader for three years in a row is Walmart, which has installed 142 megawatts of solar on nearly 350 of its stores.  The rest of the top ten includes Prologis, Target, Apple, Costco, Kohl’s, IKEA, Macy’s, Hartz Mountain, and Johnson & Johnson.  All together, the top 25 companies in the report installed more than 1,200 individual solar power systems this year.

This activity coincides with commitments on the part of 81 companies who signed the American Business Act on Climate Pledge in October, Walmart among them.  These 81 companies have operations in all 50 states, employ over 9 million people, represent more than $3 trillion in annual revenue, and have a combined market capitalization of over $5 trillion.  They all made ambitious pledges to reduce emissions, use renewable energy, and pursue other important environmental goals.

But apart from the environmental stewardship represented by the adoption of solar energy, it also is smart business.  Commercial users have seen more than a 20% increase in the cost of electricity over the past 10 year.  Adopting solar power locks in low electricity rates for decades.   With the cost of commercial solar power systems at the lowest ever and continuing to fall, companies installing them are making a cost-effective decision that pays dividends for both the environment and the bottom line.