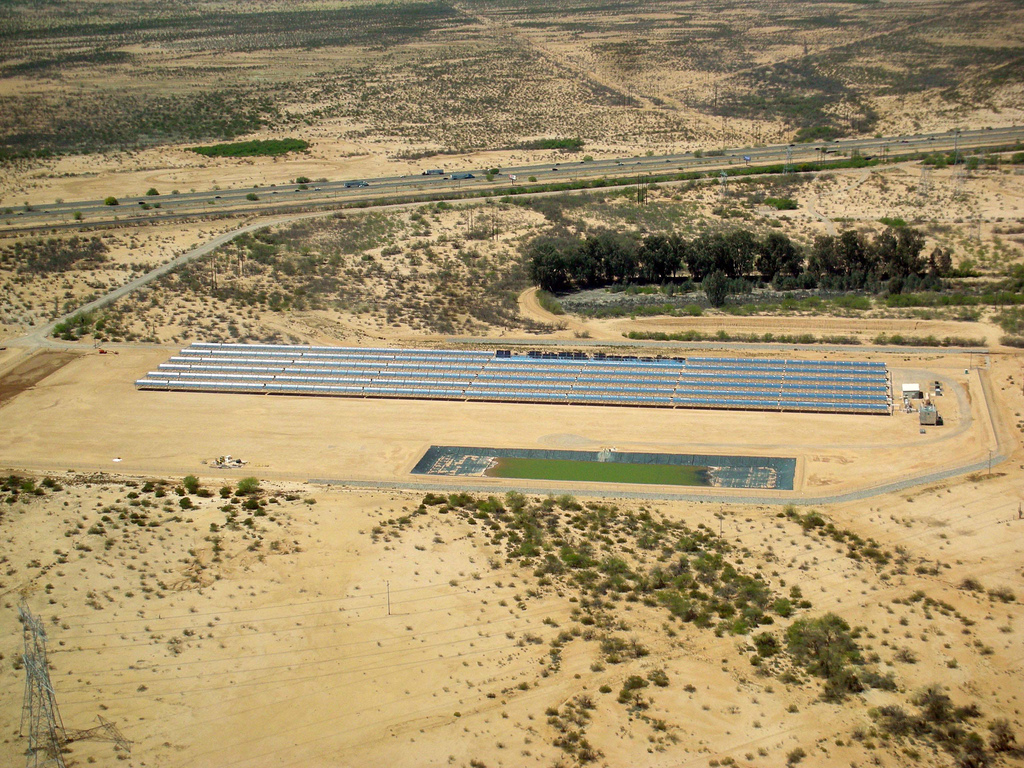 The modern face of solar energy is hundreds of thousands of rooftops covered with arrays of solar panels.  It is also amazing expanses of solar panels and mirrors covering acres of desert land.  Solar power capacity is expanding rapidly and is expected to at least triple over the next 10 years.

But not all of the growth will be in familiar places.  As solar technology gets cheaper and more adaptable, it will start to show up in some unexpected locations.

Golf has seen waning interest in recent years and many courses have closed.  In Japan, where open real estate is a rare commodity, four solar power plants are planned on abandoned golf courses.

Solar panels can float as well.  Some are being installed on top of wastewater at a treatment plant in Australia and in the middle of a reservoir in Tokyo.

Brownfields and landfills are becoming popular for solar power plants as well.  In New Jersey, a brownfield that used to house a gas plant is now a solar farm that powers 170 homes.

Solar-powered watches have been around for a long time.  But soon there will be solar parkas with a special pocket that can charge a smartphone in a couple of hours.   Ultimately, there may be solar generators that you can’t even see.  New materials may permit power generation from transparent coatings on windows, phones and other electronics.

The earth is inundated with sunshine that can provide far more energy than we will ever need.  If we are clever enough, we can tap into it.