You are here: Home / Archives for transformative 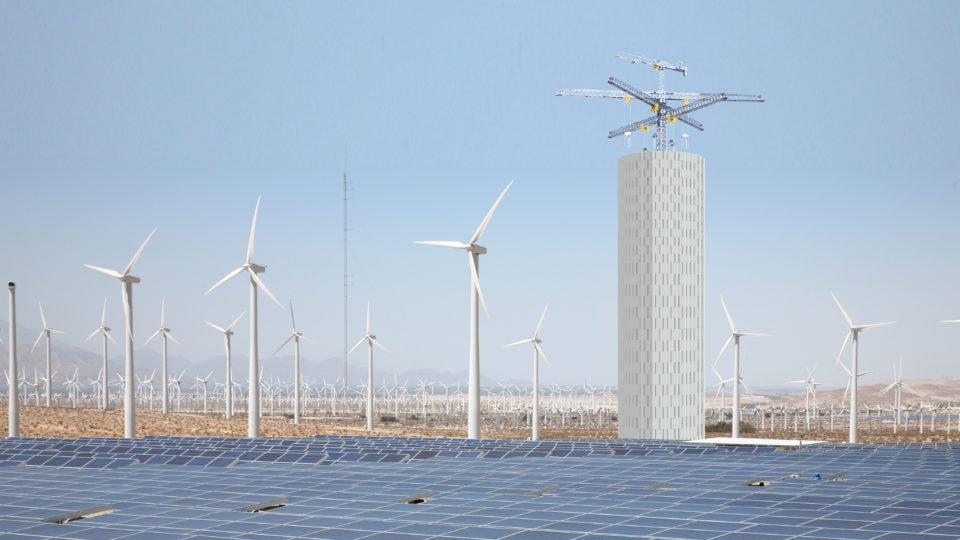 A potentially transformative utility-scale energy storage technology has won a 2019 “World Changing Idea” award from Fast Company magazine.  Known as the Energy Vault, the technology seeks to be the successor to the granddaddy of grid energy storage:  pumped hydro.

Shifting water between higher and lower reservoirs is still basis of the vast majority of global grid storage capacity.  But it is limited both by its unique location needs and by environmental regulations.

A start-up company also called Energy Vault and based in both Switzerland and Southern California has come up with an extremely creative grid storage concept.  The technology consists of a six-armed crane that stacks huge concrete blocks using a currently available source of cheap and abundant grid electricity, and then drops them down to generate electricity when needed.

The system is said to operate at about 90% efficiency and can deliver long-duration storage at half the prevailing price on the market today.

A full-scale Energy Vault plant, called an Evie, would look like a 35-story crane with six arms, surrounded by thousands of manmade concrete blocks, weighing nearly 40 tons each.  When charging, the plant will stack the blocks around itself higher and higher in a Babel-like tower.  To discharge, the cranes drop the blocks down, generating power from the speedy descent.  This configuration can deliver 4 megawatts of power and store about 35 megawatt-hours of energy.

There isn’t even a factory needed.  The company would deliver a crane from a manufacturer.  The crane will then assemble the blocks onsite using recycled concrete.  Operation is then fully automated.  The system is expected to run for 30 or 40 years.

So far there is only a one-seventh scale demo unit in Switzerland.  But this is a very intriguing idea.