You are here: Home / Archives for reproductive 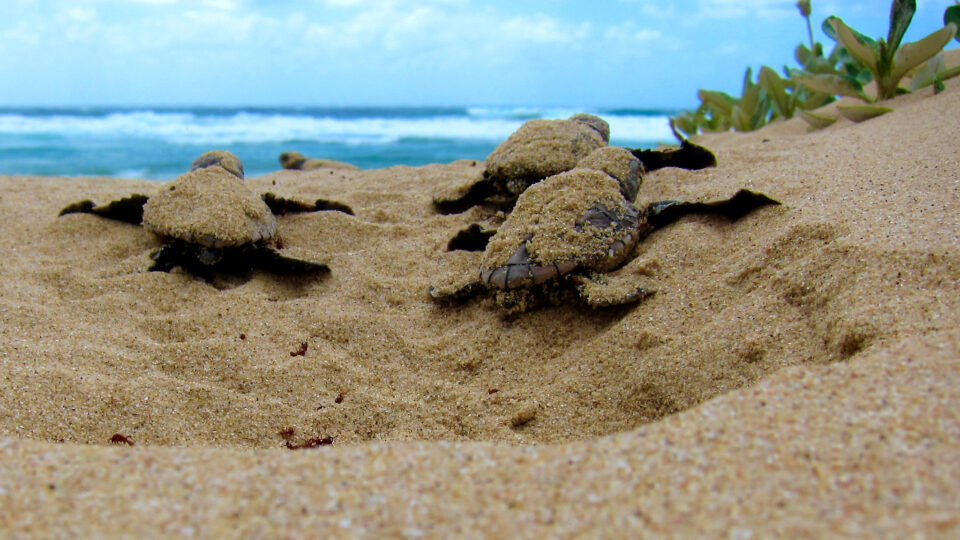 Animals that produce such large numbers of eggs have this reproductive strategy because so few survive to adulthood.   Sea turtle eggs and hatchlings face numerous threats including powerful storms, poachers, marauding birds, and more.  Estimates are that only one in thousand sea turtle eggs leads to an adult turtle.

A recent study by the University of South Florida looked at the reproductive strategy of loggerhead sea turtles nesting on Keewaydin Island off the southwestern Gulf coast of Florida.  The researchers found that individual females lay numerous clutches of eggs in locations as much as six miles apart from each other to increase the chance that some of their offspring will survive.

As the saying goes, nesting loggerhead turtles don’t lay all their eggs in one basket.  The researchers compare the turtles’ strategy to investing in a mutual fund.  The female turtles divide their resources among many stocks rather than investing everything in a single stock.

During their 50-year lifetime, a single female loggerhead will produce over 4,000 eggs and scatter them at 40 different sites.  This strategy helps reduce the risk of complete reproductive failure caused by hurricanes and thunderstorms that could wash out or flood all their clutches.  The combination of unpredictable patterns of nests over time and space results in nearly two-thirds of loggerhead sea turtle hatchlings making it into the Gulf of Mexico.  The species still faces significant challenges but it is doing its part to try to survive.

Not all in one basket: Loggerhead sea turtles lay eggs in multiple locations to improve reproductive success