You are here: Home / Archives for pollinator gardens 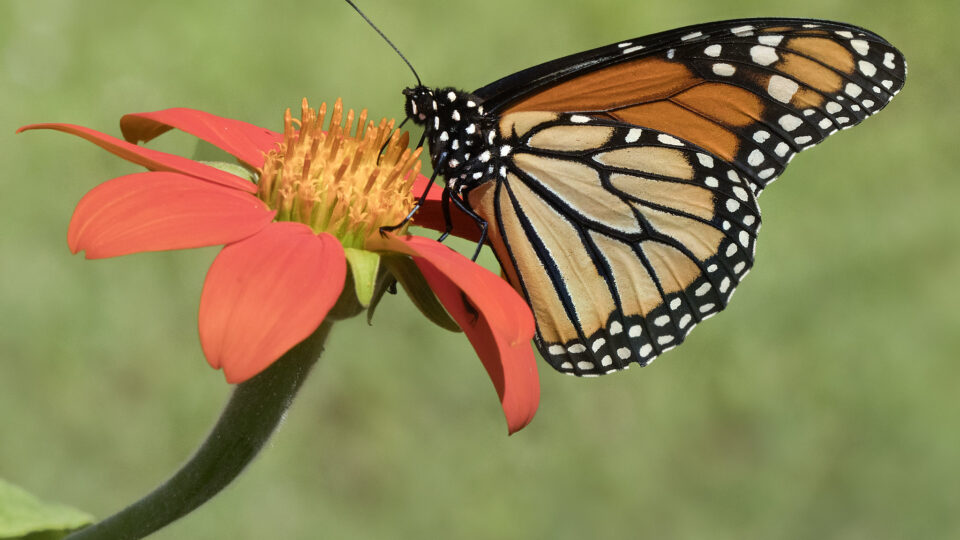 Monarch butterflies have been in trouble for quite a while and now it seems like their prospects are worse than ever.  Multiple surveys of butterfly populations are reporting plummeting numbers.

Western monarch butterflies spend their winters on the central California coast.  Months later, they breed in California’s Central Valley and as far north and east as Idaho.  But in recent years, it has become harder and harder to find them in their breeding sites.

The Western monarch population was in the millions in the 1980s.  In 2017, an annual survey found 200,000 butterflies.  In 2018 and 2019, only about 30,000 butterflies were tallied.  The loss of Western butterflies in general has come about from a variety of factors, including development, climate change, farming practices and the widespread use of pesticides by farmers and on home and business lawns.

Scientists use the area of land that migrating Monarchs occupy in Mexico to gauge populations.  This year, they covered about 7 acres, down from 15 acres in 2019.

Meanwhile, there are also far fewer Eastern monarch butterflies on the opposite side of the country.  According to a new population survey, the Eastern monarch has passed the extinction threshold.  Its population in 2020 dropped 53% from its already low 2019 numbers.  Scientists were expecting lower numbers this year, but they were staggered by their findings.

Butterfly populations are quite variable, so it is possible that the drastic declines this year are not necessarily irreversible, but the news is not good.   Researchers and environmental advocates continue to point out that mitigating the climate crisis, reducing pesticide use and planting pollinator gardens could help the butterflies to recover.