You are here: Home / Archives for nights 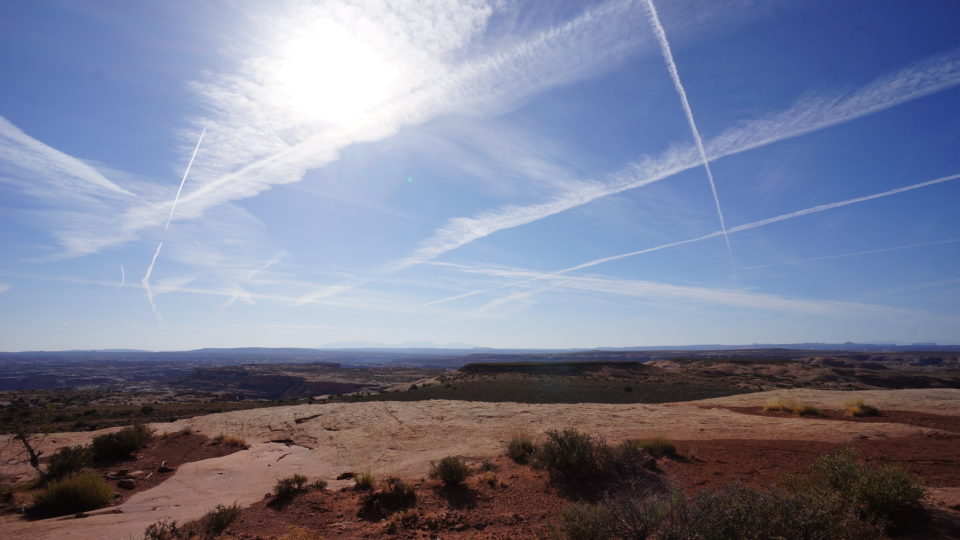 The white wispy trails of condensation produced by the exhaust from aircraft engines have been the subject of a popular conspiracy theory for quite a while.  The story goes that the long-lasting condensation trails are actually “chemtrails” composed of chemical or biological agents left in the sky by aircraft and are intentionally sprayed for a variety of nefarious purposes undisclosed to the general public.  This story, of course, is nonsense.

But while contrails are not deliberate efforts to modify weather, control population, manipulate psychology, or any of the other bizarre things attributed to them, it turns out that they are having unfortunate effects on the climate.

It turns out that contrails are creating an often-invisible thermal blanket of cloud across the planet that has a significant effect on atmospheric temperatures.  Contrails are essentially human-made clouds that form above 25,000 feet where the air is moist and colder than -40 degrees Celsius.  At times, contrails stick around in the sky, either as tight, white lines like chalk marks, or by spreading to create thin layers of ice clouds.  At any one time, contrail-created clouds cover more than half a percent of global skies.

The effects of aviation on climate, both from the CO2 emissions from aircraft engines and from these contrail effects are becoming an increasingly important issue. To complicate matters further, as aircraft engines become more efficient, they will create more, whiter, and longer-lasting contrails.

How Airplane Contrails Are Helping Make the Planet Warmer