You are here: Home / Economy and Policy / Watch Out For This Weed! 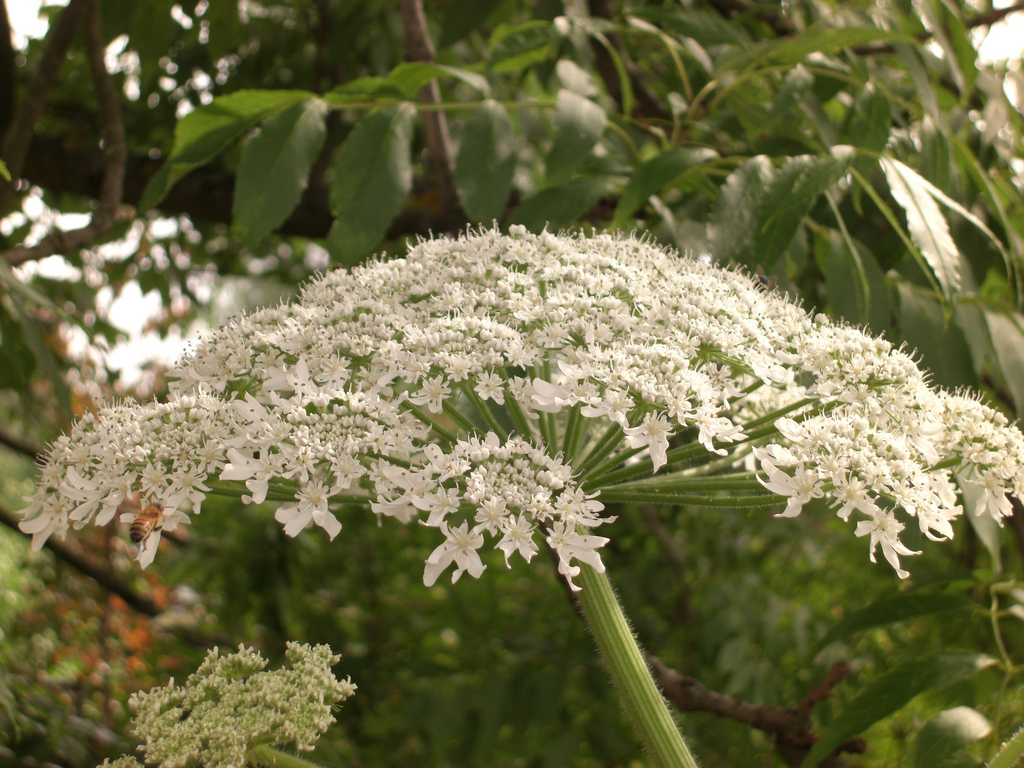 Weeds are the bane of many a gardener’s or landscaper’s existence.  They sprout up, uncontrolled and unwelcome, and must be tediously managed time and again. But some weeds are more than a nuisance – they rise to the level of a public health hazard. Such is the case with giant hogweed.

Native to Europe’s Caucasus Mountains, giant hogweed belongs to the carrot and parsnip family. Plants resemble Queen Anne’s lace – on steroids. They can grow up to 15 feet tall with three inch stems, five-foot-wide leaves, and an umbrella-like canopy of white flowers.

Botanists transported giant hogweed to England in the 1890s. It made its way to the U.S. via horticultural channels – with one of the first specimens planted in a Victorian garden near Rochester, NY. As with most invasive plants, it quietly escaped cultivation. Giant hogweed is now found in at least 13 states, with plants preferring moist habitat near roadside ditches, stream banks, and other disturbed areas.

The impressive plants can cause severe and permanent harm. When hogweed sap comes in contact with moist skin that is exposed to sunlight, it can cause severe burn-like lesions, blistering sores, and purplish or blackened scars. Reactions happen several days after exposure and there is no way to reverse the damage. Getting sap in your eyes can result in temporary or even permanent blindness.

Here in New York State, if you suspect giant hogweed is growing on your property or in a public place, photograph the plant from a safe distance and notify the Department of Environmental Conservation. Giant hogweed removal is best left to professionals with protective gear.