You are here: Home / Podcast / The Arctic As A Carbon Source 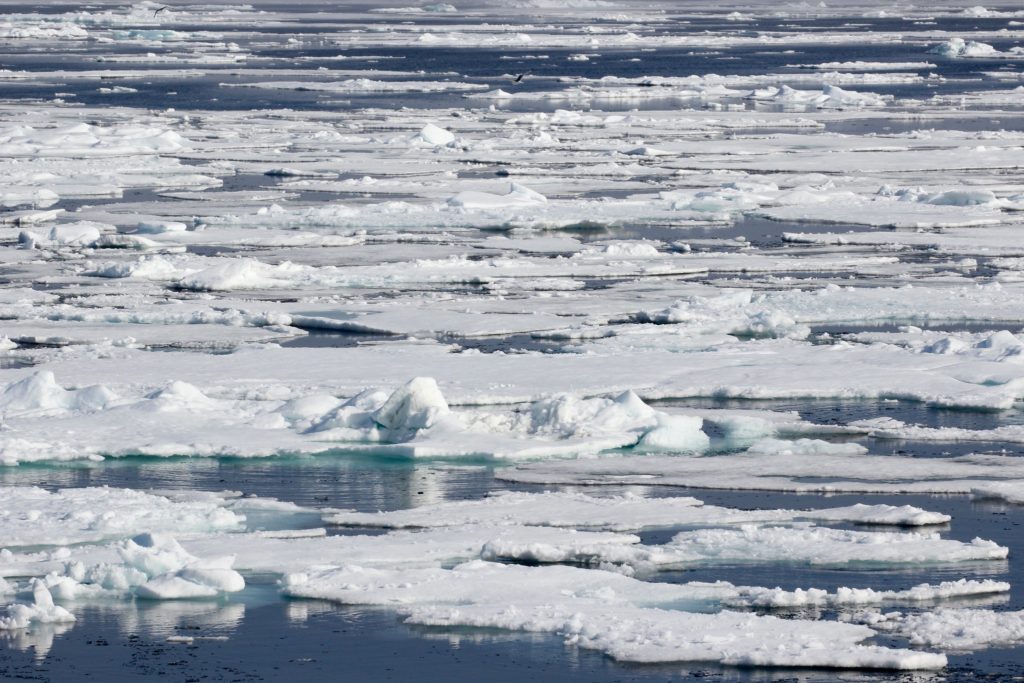 According to a new NASA-funded study, the Arctic may now be a source for carbon in the atmosphere rather than being the sink for it that is has been for tens of thousands of years.

The study, published in Nature Climate Change, warns that carbon dioxide loss from the world’s permafrost regions could increase by more than 40% over the next century if human-caused greenhouse gas emissions continue at their current pace.  Worse yet, carbon emitted from thawing permafrost has not even been included in most climate models.

Permafrost is the carbon-rich frozen soil and organic matter that covers nearly a quarter of Northern Hemisphere land area, mostly in Alaska, Canada, Siberia, and Greenland.  Permafrost holds more carbon than has ever been released by humans from fossil fuel burning, but it has been safely locked away by ice for tens of thousands of years.

As global temperatures rise, the permafrost is starting to thaw and release greenhouse gases into the atmosphere.

The major concern is that as the Arctic continues to warm, more carbon will be released into the atmosphere from the permafrost region, which will further the warming.  Climate modeling teams across the globe are trying to incorporate these findings into their projections.

Arctic Shifts to a Carbon Source due to Winter Soil Emissions