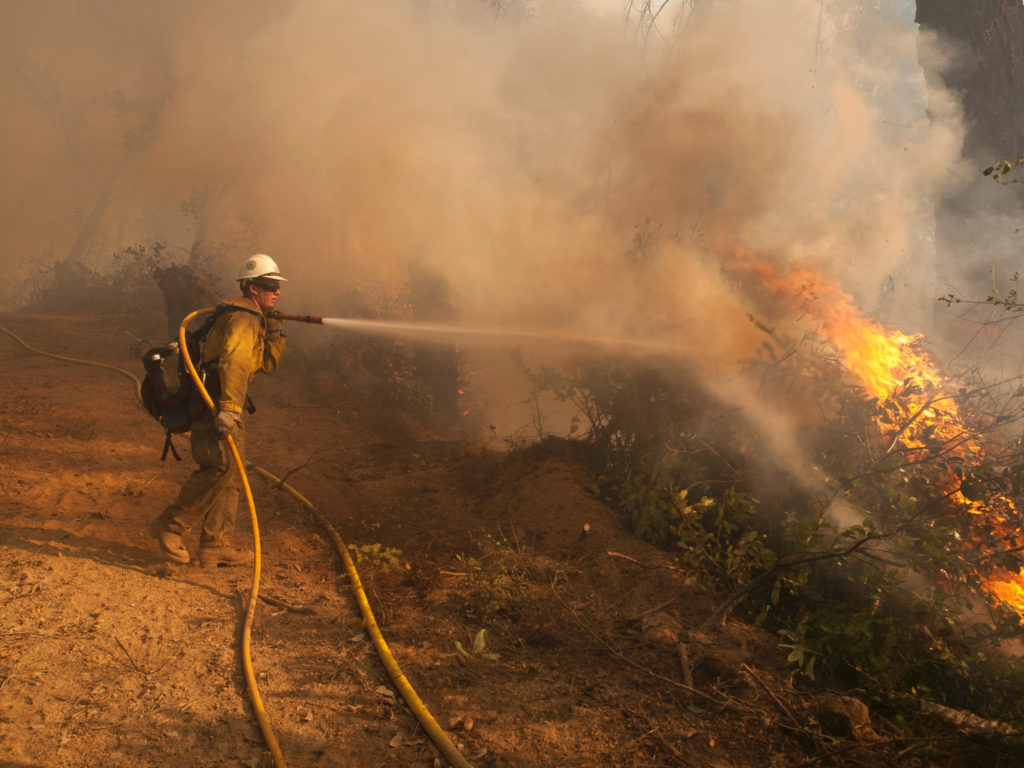 In the western U.S., the average area annually burned by wildfires has gone from less than 250,000 acres in 1985 to more than 1.2 million acres in 2015.  The wildfire season in that part of the country has grown from five months in the 1970s to seven months today.

Forest fires are natural, but the number and extent of the fires seen today are not and that is mostly caused by people or at least worsened by people.  Globally, the length of the fire weather season has increased by 19% over the past 30 years thanks to longer seasons of warm, dry weather in a quarter of the planet’s forests.

There are multiple factors at play and it is very difficult to attribute a cause for any one fire.  But there is a clear link between general climate trends – in particular, warming temperatures – and an increased risk of fire.  With higher temperatures, there is a greater probability of fires starting, fires spreading, and fires intensifying.  As air temperatures climb, more moisture is sucked out of vegetation, making it better firewood.  Warmer temperatures also lead to more lightning, which spark more destructive wildfires.  And, a warmer world is also a windier world, helping to further fan flames.

People are struggling to try to manage wildfires but whatever they do, it seems likely that fiery years like this one are likely to be increasingly common.

Photo, posted September 17, 2014, courtesy of the U.S. Department of Agriculture via Flickr.

‘Spreading Like Wildfire’ from Earth Wise is a production of WAMC Northeast Public Radio.