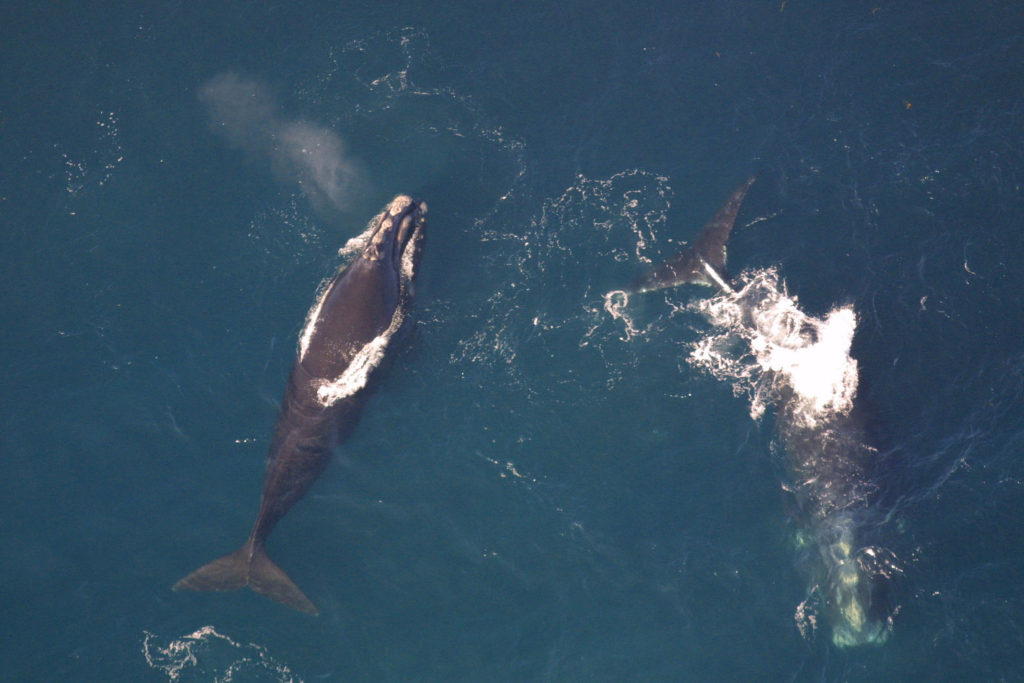 But this wasn’t always the case.  Before commercial whaling, it’s estimated that as many as 21,000 North Atlantic right whales cruised the open waters.  But by 1750, whaling had decimated the population.  North Atlantic right whales were the perfect species to exploit because they swam close to shore, contained high yields of baleen and oil, and their thick blubber meant the whales floated after they were harpooned.

Between 1990 and 2010, the North Atlantic right whale population showed modest improvements.  But since 2010, at least 48 of them have been killed, a 9% decline of this already small population.  Making matters even more grave for the species is the fact that there are only approximately 100 breeding females left.  The Northeast regional administrator for NOAA Fisheries says the situation is so dire that the population may not recover.

There are two main reasons for this increase in mortality: collisions with ships and entanglement with fishing lines.  North Atlantic right whales migrate through busy shipping lanes and the fishing gear of an industrialized ocean.

Long-overdue controls, such as modernizing fishing traps and ropes, rerouting shipping lanes, and establishing speed limits for ships in designated areas are desperately needed in order to save these mammals from extinction.

Already on Brink, Right Whales Are Pushed Closer to the Edge