You are here: Home / Economy and Policy / California Condors 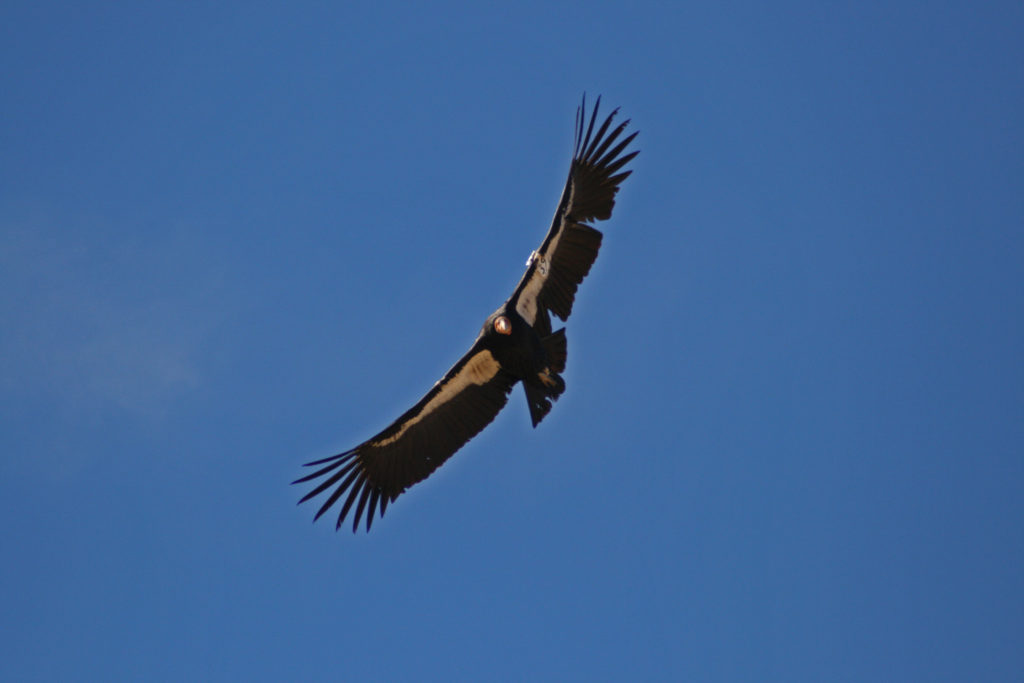 The California condor is the largest North American land bird with a wingspan of about 10 feet.  During the 20th century, poaching, habitat loss and lead poisoning reduced the vulture’s population to fewer than two dozen.   The U.S. government’s response was to round up every last one of them over a period of 5 years-  a total of 27 birds – for a last-ditch captive breeding program.  As a result, technically the species became extinct in the wild at that point in 1987.   Reintroduction into the wild did not begin until 1991.

This year, the U.S. Fish and Wildlife Service reported that more chicks had hatched and fledged in the wild last year than had died and that the total number in the wild had reached 270 in the canyons of California, Arizona and Utah.

Reintroducing condors back into the wild has been fraught with peril.  They have been electrocuted by power lines, poisoned by lead, and have an unfortunate appetite for the detritus of human civilization such bottle caps and puddles of green antifreeze.

The biggest problem is still lead poisoning, brought about by ingesting lead ammunition in the carcasses of animals shot by hunters and ranchers.  Arizona and Utah have voluntary bans on lead ammunition and California is phasing in a lead ammunition ban.  But not all hunters comply with the regulations.

The good news is that the range of the birds is expanding, previously captive birds have responded to power-pole aversion training, and they are exhibiting more and more wild behaviors.

The California condor is still one of the world’s rarest bird species with a total of well under 500 individuals living wild and in zoos, but at least things are looking up.